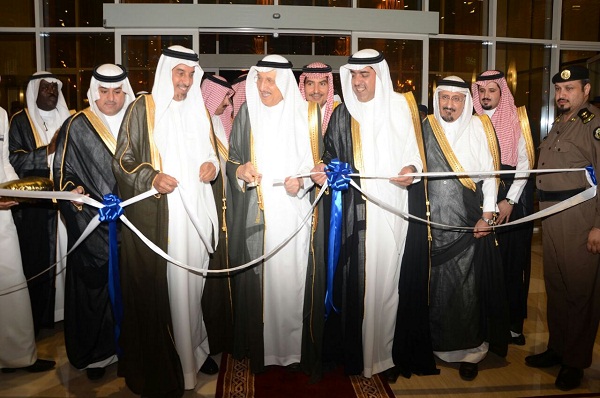 His Highness expressed his delight with the project that included hotel suites and a private academy specialized in reorienting the region’s youth segment in different hotel business streams, stressing the importance of providing the best and finest hotel & touristic services to the residents and visitors of this region through this project and other similar projects in Jazan region.

The Prince Mohammed Bin Nasser Bin Abdul-Aziz said “It is our duty towards our citizens, gulf citizens and the world to show them the investment and tourism potentials that this region has and present such potentials to all stakeholders in general and specially businessmen and investors.” His highness noted that “This region attains all support and care from our wise leadership along with all other regions in our dear and beloved country in a way that has contributed and still contributing to the growth and development of the region and its available services, and development & investment projects including all life aspects, which will continue in Almighty God’s will in this prosperous reign of, the King Salman bin Abdul-Aziz Al Saud, the Custodian of the Two Holy Mosques, his Crown Prince and Deputy Crown Prince.

Sheikh Abdul Mohsen Al Hokair, from his side, expressed his happiness for the opening of the first phase of the group’s touristic and entertaining project in the Northern Cornishe of Jazan City by his highness the prince of Jazan Region.

He further explained, “This project encloses three stages with a total value exceeding "300" million riyals. Radisson Blu Jazan Hotel which was inaugurated by His Highness the Prince of the region represents the first phase of the project in addition to the final two phases of the project where those two phases include Games (Aqua games), Health City wellness to use Sea Water for recovery, Chalets, sea overlooking restaurants, training institute in Jazan region to train the people of this region and all other Saudi nationals around the Kingdom through the different group projects and subsidies scattered around the Kingdom, free fixed headquarters for productive families to display and sell their products, and provide free training to those families on several programs that returns back on them and their families with value & benefit.