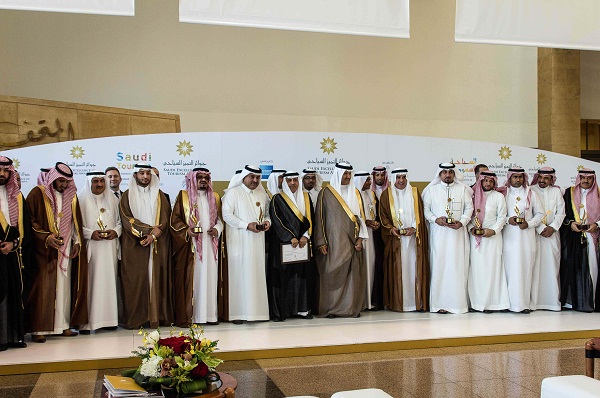 In a ceremony held in the National Museum in Riyadh under his patronage, His Royal Highness Prince Sultan Bin Salman Bin AbdulAziz, the President of Saudi Commission for Tourism and Antiquities(SCTA), gave the tourism excellence awards in the fifth edition to Al Hokair Group for Tourism and Development and honored the Group as the sponsor of Chef Award.The winners of tourism excellence awards in the fifth edition amounted to 35 and Al Hokair Group received 5 awards.

The Group came on the top with the largest number of awards for one group.

Mr. Majid Al-Hokair, the Vice Chairman of the Board, expressed his pride in the tourism excellence awards won by the Group, which are deemed an additional motive for raising the level of excellence and progress in integrated service befitting the local citizens and tourists. He added that under the leadership of His Royal Highness Prince Sultan Bin Salman, after it has completed the stages of organizational and institutional building of tourism and antiquities sectors and issued a number of regulations for supporting the sector, the Commission is currently commencing a new era entitled achievement and implementation for making the achievements we all aspire to in order to serve and develop the national tourism.