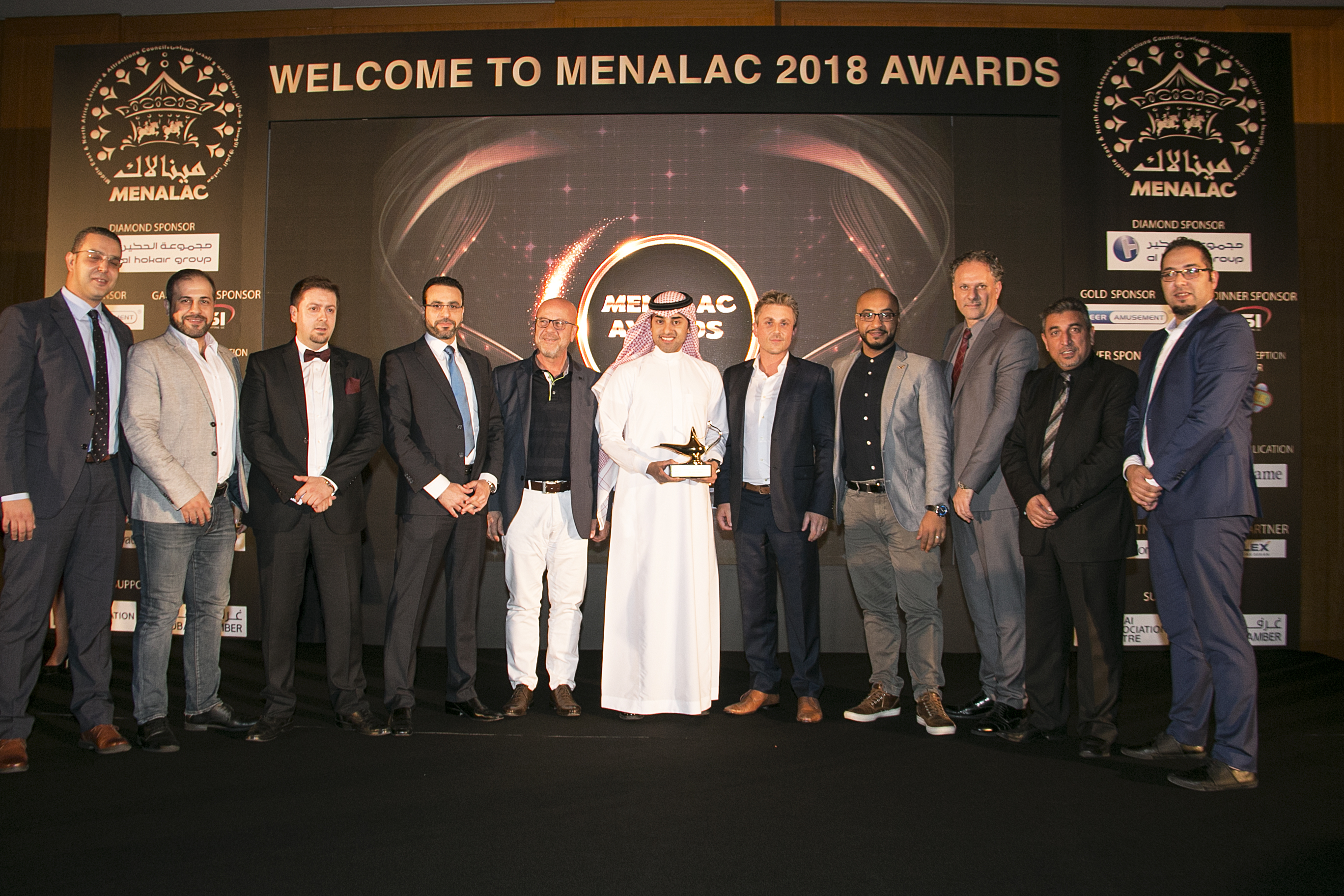 Al-Hakiri Group received the awards of the Middle East and North Africa Council for Entertainment and Tourism, "Menalac" 2018 at the first ceremony in which these awards are distributed at the Ritz-Carlton Hotel in Dubai International Financial center with the participation of selected key decision makers and operators in the entertainment and tourism sector in Region. Sheikh Abdulmohsen Al Hokair, chairman of the Board of Directors, has received the award of "Leadership in entertainment" for his outstanding role in revitalizing the tourism system in the Kingdom of Saudi Arabia and the Gulf region for several decades, in addition to his contribution to the development of the concept of safe recreation and purposeful entertainment across the Entertainment centers inside and outside the kingdom.