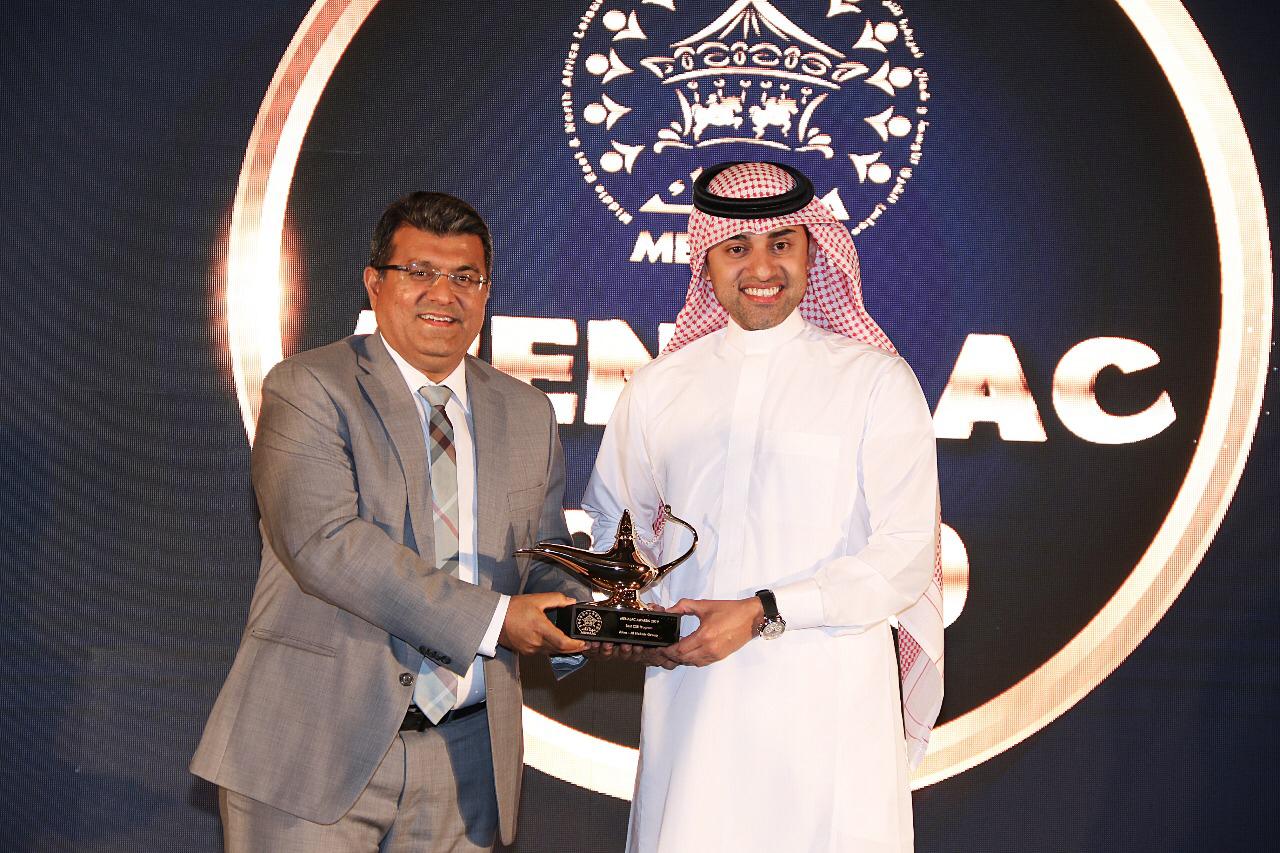 Dubai—In the presence of the region’s key decision-makers and operators in the entertainment and tourism sectors, the Middle East and North Africa Leisure & Attractions Council held Apr. 26 its second award ceremony at Ritz Carlton in DIFC Dubai.

The event was held in conjunction with “DEAL Fair” to honor and celebrate excellence in the entertainment industry in MENA region.

Mishal AlHokair, Executive Vice President and General Manager of the Entertainment Sector, received the "Person of the Year Award” in the entertainment industry; for his outstanding role in the entertainment world and enhancing the sector’s values and standards in the region. In addition to his contributions in developing the industry’s concept and its recreational purpose through entertainment centers—inside and outside the Kingdom.

Also, AlHokair Group received the "Best Social Responsibility Program Award" for its role in enhancing the principle of social responsibility and its national commitment to contribute to serving and meeting the society needs—as well as working effectively in parallel to the development process in the Kingdom.

"We are honored to receive this prestigious award as the Group continues its efforts to adopt and implement several community service programs that come in line with the Group's mission and values,” said AlHokair.

“AlHokair Group reflects is committed to improving the social conditions of needy groups and meeting their needs through social responsibility management aimed at greatest assistance possible,” he said.

He added, “establishing strong relations with society layers will contribute to the advancement of comprehensive development in this dear country.”

He said he believes that the motivation behind the group's adoption of these programs is to make a difference not only by providing assistance, but also by encouraging and empowering the society members—to use their skills and experience in developing their country.

He added that these awards confirm AlHokair Group’s position in the Kingdom and proves it as a pioneer in the entertainment field—which increases the groups determination to follow up the work and contribute to encouraging and empowering the society and to employ their skills and experience in developing their country in line with the 2030 Vision.