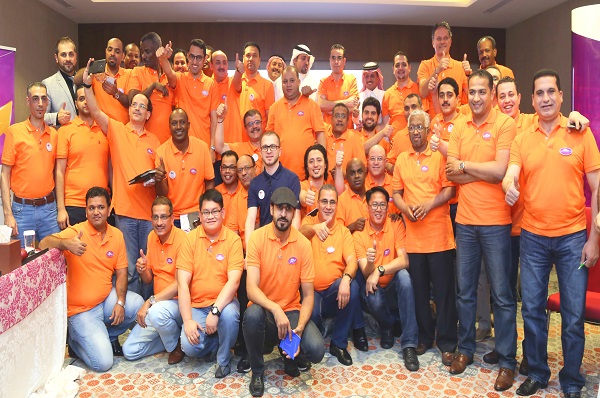 AlHokair Group for Tourism and Investment held its annual meeting for the entertainment sector  under the theme of stability and continuity. Mr. Majed Al-Hokair, Chief Executive Officer of Group, Mr. Sami Al-Hokair, Deputy Chief Executive Officer, Mr. Badr Al-Hokair, Deputy Chief Executive Officer of the Western Region, along with other entertainment sector managers attended this memorable meeting.
Mr. Majed AlHokair opened up the annual meeting by discussing all the achievements of the group in 2015 and its high hopes for what is still to come locally or internationally.
He also highlighted the role they had in the entertainment sector from opening up various entertainment centers and trademarks  throughout the Kingdom and the Gulf region. Extending his thanks to all those who worked on these projects.
He also emphasized that what they have stored for 2016 is going to exceed everyone’s expectations, granting it a prestigious place in the entertainment sector.
Furthermore, he encouraged everyone to continue their hard work and efforts in order to better and enhance our local tourism in Saudi Arabia.
He demanded that there should be coordination between project management and operational management on site of the group’s future projects.
The head of maintenance also discussed many current plans that are being executed like the REMO RAID for entertainment centers maintenance and safety.
Then a number of employees who spent more than ten years with the company were honored.
Bader Al-Hokair concluded by saying “investing in your employees is the best way to go. Honoring these employees and their outstanding performances encourages their creativity and originality. It also inspires them to take the initiative to propose constructive plans for the group.”