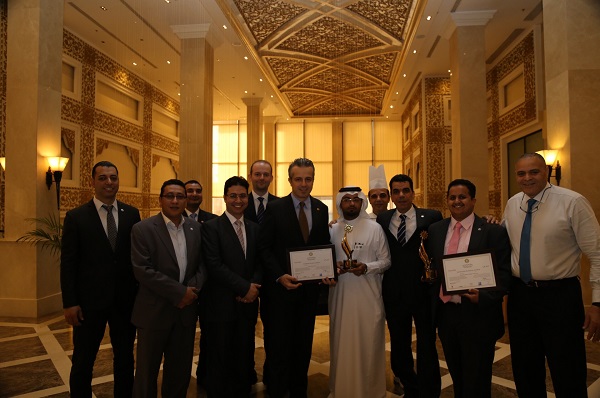 Dhahran's Double Tree Hilton hotel, which is one of AlHokairGroup hotels, won a Tourism Excellence Award for the Best Four-Star Hotel of 2015. The award was  granted by the Comissission for Tourism and National Heritage’s magazines Terhal and Saudi Voyager.

It is the first Double Tree Hilton Hotels in Dhahran, Khobar commercial capital.

Mr.  Sami Al Hokair, theVice-President of AlHokair Group,  thanks to all those who voted for they had a significant impact in this remarkable achievement. He also continued  that this is a clear indication of the outstanding efforts of  the hotel’s team. He then added that this award will not only reflect positively on the development of tourism in the Kingdom, attract a great  number of tourists, provide excellent tourist service, it will also help with the employment of many young Saudis who help improve our country’s economy by enhancing the tourism market in the Kingdom.