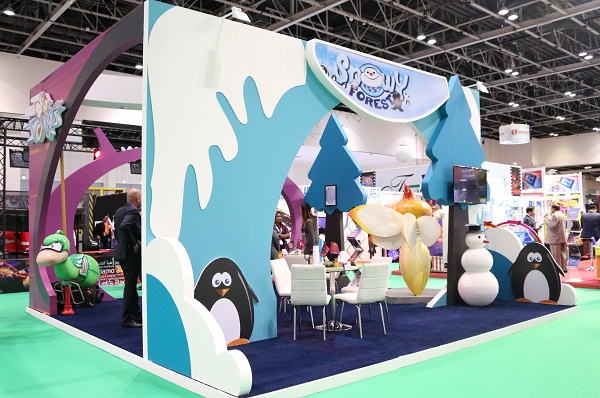 Al Hokair Group for Tourism and Development has participated in ‘Dubai Entertainment and Leisure Expo’ ‘Deal’ 2015, which kicks off at the Dubai World Trade Centre on "14th  to the 16th of April."

The pavilion also includes an exhibition area for the new entertainment centers, “snowy forest" which was re-opened in Dammam, in Ibn Khaldun Plaza – and in Jeddah University Plaza. Furthermore, Al Hokair seeks to positively participates through their  entertainment products, which focuses on the "new era of entertainment" by supporting large commercial centers through recreational sites that include a variety of games, cinemas, and outlets selling food and beverages, where consumers growing interests has generally became in the enthusiastic exciting games, interactive games, simulation games, seven-dimensional (7D) games, video games, high-tech and others.

Further, Al Hokair group is keen to be present in such events to share their experiences, insights, and to explore the latest in the field of entertainment to provide exceptional & unique services to their clients; satisfying their tastes and meet their ambition.

Moreover, the exhibition represents a unique opportunity to further explore the entertainment cities in the UAE and other participating countries, taking in to consideration that this event is considered as the largest event of its kind for world-class family entertainment products.

The exhibition achievement of an impressive growth made it as one of the most effective platforms for those involved and interested in entertainment and other relevant fields in the Middle East region.

In fact, the twenty-first session of the exhibition "Deal” is considered the largest of its kind compared to previous sessions, where the exhibition this year will host more than300 exhibitors from 33 countries around the world and is expected to welcome more than7 thousand trade visitors.