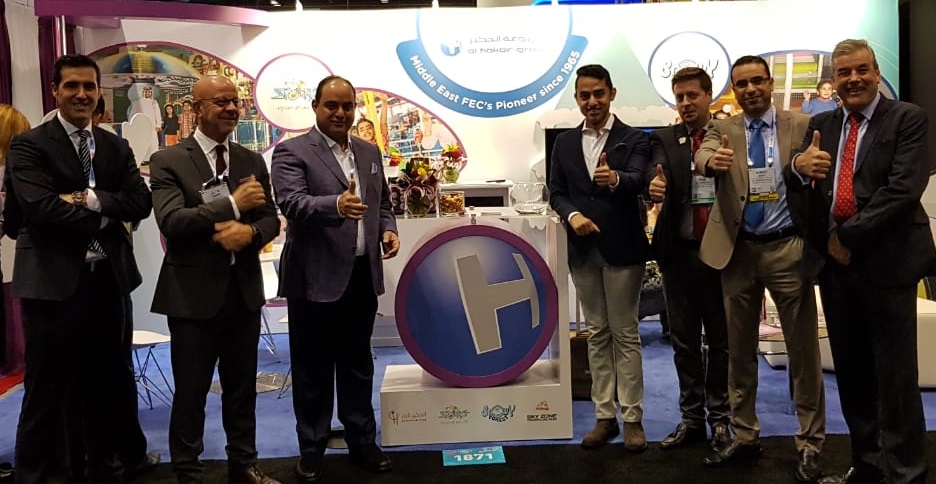 Al Hokair Group for Tourism and Development has participated in the annual exhibition, which was hosted by The International Association of Amusement Parks and Attractions" IAAPA", where this association is keen on assembling series of exhibitions and conferences specialized in the entertainment industry, it also oversees three annual exhibitions and conferences distributed between the continents of Asia, Europe and America. The exhibition is held yearly in Orlando, Florida, USA.

The association invited all manufacturers, developers, investors and operators in entertainment from all over the world from more than 99 countries.

Mr. Mishal Al Hokair, the Executive Vice President and General Manager of the Entertainment Sector, said:” Our presence in such an event is a yearly tradition for us here since the Group is one of the founding members of the International Association of Amusement Parks and Attractions" IAAPA" ever since the middle of last century.

Mr. Mishal Al Hokair also added: “VR industry is growing at a tremendous pace in Saudi Arabia and the GCC region. At IAAPA we are also scouting for some unique concepts that can be customized for the Saudi and the wider GCC market. We want to come up with the best concepts to provide to our audience in this market. Current types of VR gaming market are duplicating the most popular traditional video games. Specifically, simulations like shooters, races, and action VR games.  However, we plan to create a more diversified type of games in order to provide to a wider audience, including young children and adults”.