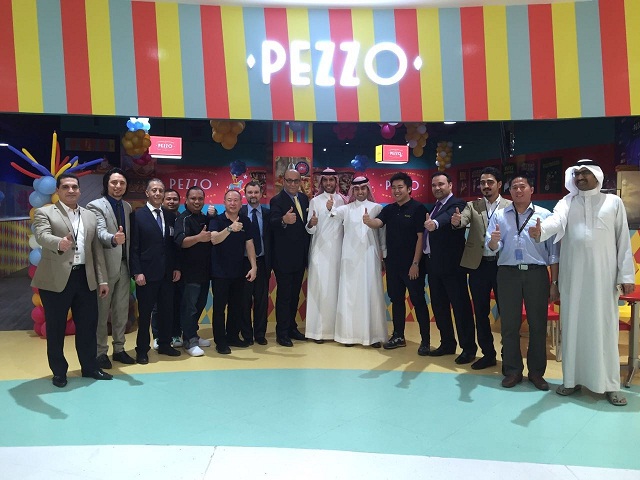 Jeddah’s Mall of Arabia’s Sparky’s during Eid AlFitr. The restaurant serves a

variety of pizza flavors in a fun and enjoyable atmosphere.

was considered a great success. This of course came as no surprise since Pezzo

Mish’al AlHokair, the Executive Vice President and General Manager of the

Entertainment Sector, expressed his excitement for the opening of the new

hoping that it will appeal to its guests’ high expectations.