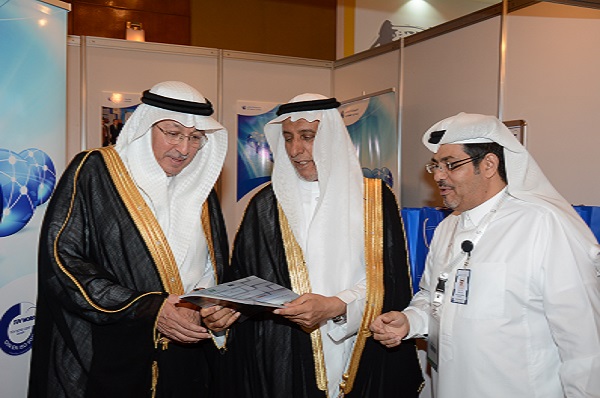 AlHokair Group participated in the Fifth National Quality Conference that was held in Riyadh between the 13th and the 15th of October. It was held under the patronage of the Custodian of the two Holy Mosques, King Salman Bin AbdulAziz, under the slogan “quality … a strategic choice for promoting sustainability & enhancing competitiveness.”
It is noteworthy that TUV a German company concerned with the overall quality standards, had granted AlHokair Group the ISO 9001-2010 for their work in the entertainment sector for the third year in a row as the company continues to oblige to all local and international quality standards in all its facilities. Their hospitality sector also won several certificates in food safety.
Mr. Majed Al-Hokair, Vice Chairman of AlHokair Group, expressed his joy in having his company represented in both the entertainment and hospitality sectors. Stressing that they will continue to maintain this level of excellence.
He also added that AlHokair Group complies to all quality management conditions, which is what they have been doing from the start.
He also highlighted the efforts of the Custodian of the two Holy Mosques in improving the national investment and overcoming all the difficulties investors may face by cooperating with other investment agencies.
He also thanked his Excellency the Minister of Trade and Industry, Dr. Tawfiq Al-Rabiah for acknowledging  AlHokair Group’s efforts in supporting the local economy. He extended his thanks to his Excellency the Governor of the Saudi Standards, Metrology and Quality Organization (SASO) and the Chairman of the Steering Committee of the conference, Dr. Sa'ad Othman Al-Kasabi, who played a huge role in the success of this conference.

He also mentioned that the conference aims promote the concepts of quality and excellence in various business sectors. He also stressed out the importance of maintaining such concepts in our everyday lives and the important role the national strategy for quality plays in enhancing national products and services. He even expressed his enthusiasm about all the recommendation that will rise as a result of this conference and its role in enhancing the local economy.