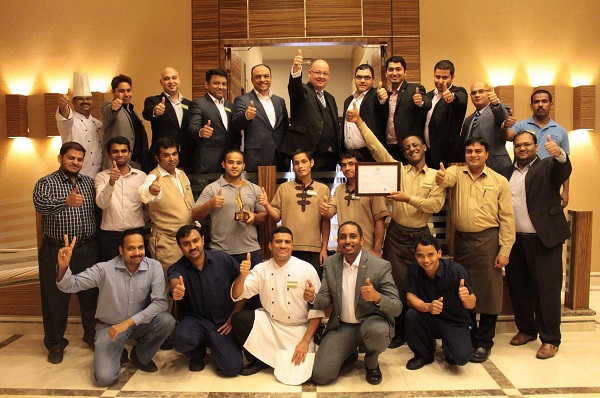 Hilton Garden Inn Riyadh Olaya hotel, one of AlHokair Group’s hotels, won the award for Best 3 Star Hotel. The hotel won despite being in the same category with high-end international hotel that hadcompetitive prices all across Europe, Africa and the Middle East, Asia and the Pacific Ocean. The hotel was chosen due to its prestigious customer services and the cleanliness of its establishments.

Mr. Sami Al Hokair, the Executive Vice President of AlHokair Group, expressed his pride in AlHokair’s hotel winning an excellence award,  which is a clear indication of the outstanding efforts of  the hotel’s team. He then added that this award will not only reflect positively on the development of tourism in the Kingdom, attract a great  number of tourists, provide excellent tourist service, it will also help with the employment of many young Saudis who help improve our country’s economy by enhancing the tourism market in the Kingdom.

He continued  that AlHokair Group is concerned with supporting the tourism industry in the Kingdom by investing in hotels and entertainment centers, which aims to the raise our country’s economy.